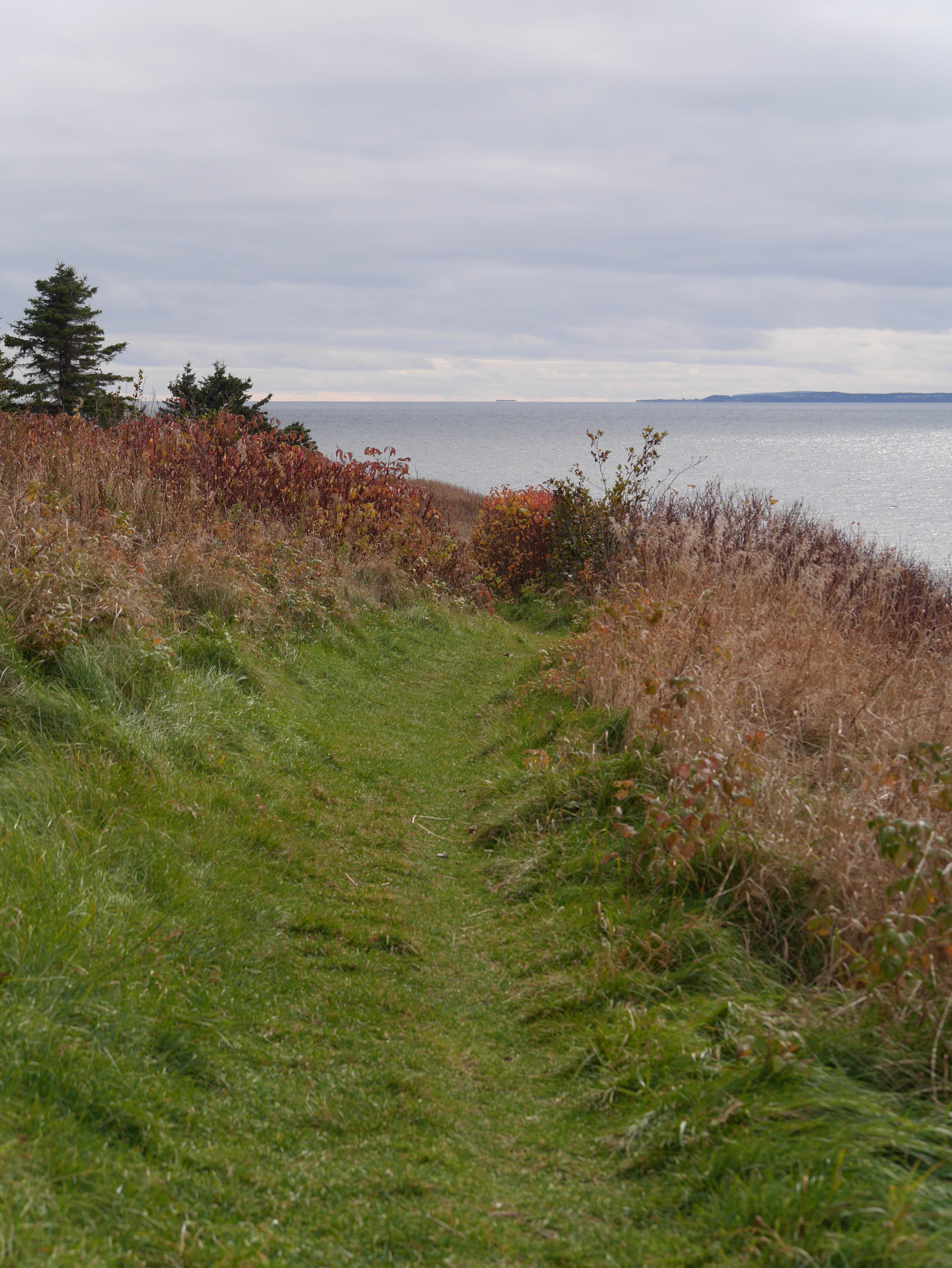 My previous walking work, as an artist, can be split into two groups: the first being the project The City as Written by the City, and secondly collaborative work with Simon Pope – From Unspoken Landscapes, Figures in a Landscape, Postcards Home – to name a few. The drawing device from The City… and landscape from the work with Simon have been the intrinsic non-humans. In the collaborative work with Simon we were working out relationships to landscape – traditions, representations, and concepts of landscape.  I have also been exploring co-working and co-learning with children – a solution to the quandary of trying to maintain some sort of artistic practice while being primary caregiver to a small child. Taking an Object for a Walk has come out of all this work.

I also have an interest in walking as method – both in art making and research – and this is what I focused on for much of my Geography MA. In particular I wrote about the qualitative research method of the snowball as a way to gather a community while on foot. The basic premise is you start with one person, and this person leads you to the next and so on until you have amassed a network, or community which gives you insight into your research topic. Taking an Object for a Walk has this same approach to “community building” yet in this case community members are both human and non-human. We started with ourselves and the chosen object and from there traveled to other related/linked things, people, or places. The “research” enabled the walk.

Taking an Object for a Walk – a new work born out of a commissioned workshop – is the first step in a longer journey. I have some nice ideas about where this project could go. Much thanks to WalkingLab for allowing me to develop things a little further. 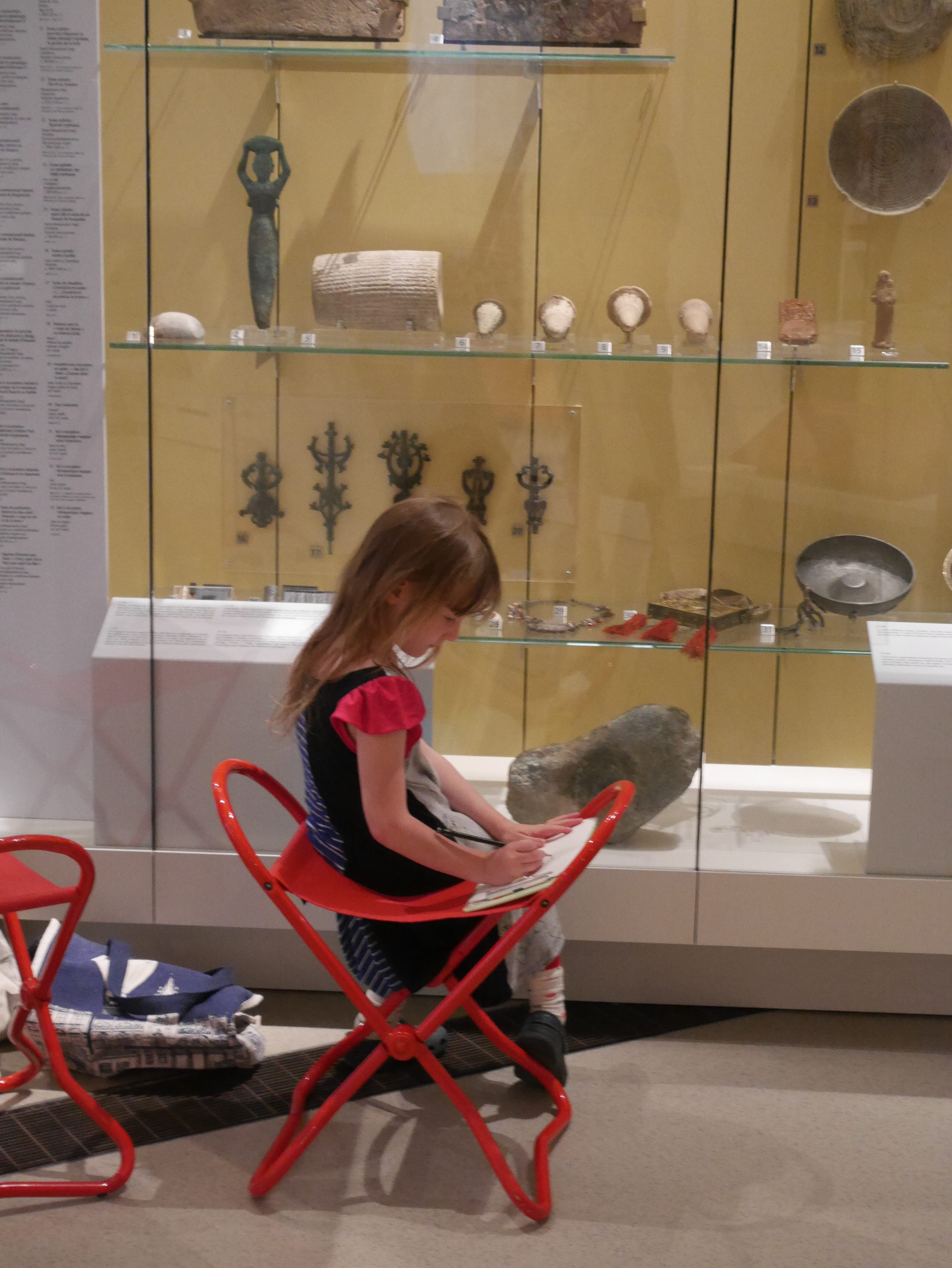 These last two posts for this residency with WalkingLab are going to be thoughts and reflections about Taking an Object for a Walk in terms of some of the concepts that I have been thinking about throughout the project, and how it develops some of the ideas that have informed my existing art practice.

This has been an explicitly pedagogical project. I have been able to learn and work with my daughter through drawing together, and walking and negotiating together. I took great pleasure in watching her mind at work and seeing her “get it”. Overall she really enjoyed participating. It was a good chance to let her make decisions and lead me – her parent – around the museums and the streets.

This project has been a novel way to interact with a museum collection. At the beginning of the project I expected there to be a clear line between choosing an object that would lead us and choosing an object that we would lead on an excursion as a cicerone – a type of guide who shows visitors around museums and galleries, and who can “explain matters of archeological, antiquarian, historic, or artistic interest” offering a “type of learning and eloquence” (en.wikipedia.org/wiki/Cicerone). However, this line was blurry and sometimes the object was more of an inspiration to walk somewhere specific. Sometimes we did literally pretend to have the object with us, but it was never clear whom was leading whom. This was also the case with being with my daughter. The project was an attempt at enabling her, as a child, to determine which object we worked with, what its new story would be, and from that, where we walked. Sometimes this ambition was frustrated, and sometimes it worked well. In the end, I recognize that the roles of leader and follower were open to negotiation in our relationship between ourselves and with the object, as were the roles of learner and teacher.

I like to think of Taking an Object for a Walk as extending the narrative horizon of a stationary museum object; giving it momentum, a trajectory outside of the museum, imagining infinite possibilities for the object, giving it a social life, a community or human and non-human things, giving it an afterlife.

[ I wrote a bit about Object Biography in post number 8 ]

I wonder about the difference between the idea of the object and the object itself. I wonder about objects that were not intended to be in a museum (I keep thinking back to the Pitt Rivers in Oxford – an anthropological museum full of artifacts from around the world) and specifically the Blackfoot shirts which came back to Canada on loan from the museum (http://web.prm.ox.ac.uk/blackfootshirts/).

I wonder about symbolically returning objects to the places from whence they came.

This brings up the difference between the museum object that is dead, has been deposited, and then retrieved for inclusion in the museum collection and the artwork whose intended resting place is the museum. Taking an Object for a Walk could be a way of making an escape route for these “non-art” objects helping to find allies for the object outside the museum, a community, a network of resistance. Do objects have intention, or the capacity for symbolic action? (Humphries & Smith)

There is something very romantic about this work that I haven’t quite put my finger on. Perhaps it is “poetic,” in that it develops the object and its imagined community a strong metaphor for the plight of humans that have found themselves discontented from the relationships that produced and sustained them, and which had given their lives meaning.

I’ve also been thinking about the role of the walk. The walk both enables the object to “move” thereby unlocking an object’s biography (introducing the object to ourselves, other non-human things, and other places), and the object unlocks a walk. The object sends us out because it can’t move.

There is a relation here to some of cultural geographer Jon Anderson’s ideas of “walking and talking” and the kinds of things that can be learned from others when you walk “in place” with them. I wonder at whether the method that I used unlocks certain latent or immanent relationships that the object has with others – to humans and to other objects. Perhaps taking the object for a walk – albeit symbolically – frees it from the narrative constraints of the museum, and allows it to “speak” differently? (Anderson)

I mentioned in previous posts how freeing I found these walks. By convincing myself that I was letting an object determine where we went I felt very “in the moment”. They were exploratory and imaginative walks.

Taking an Object for a Walk achieves the making of a new community of people and things both human and non-human, giving a stationary museum object an afterlife, and, finally, I think this project holds the potential to do a lot of symbolic moving of items (by foot) that are otherwise “locked up” or “dead”.