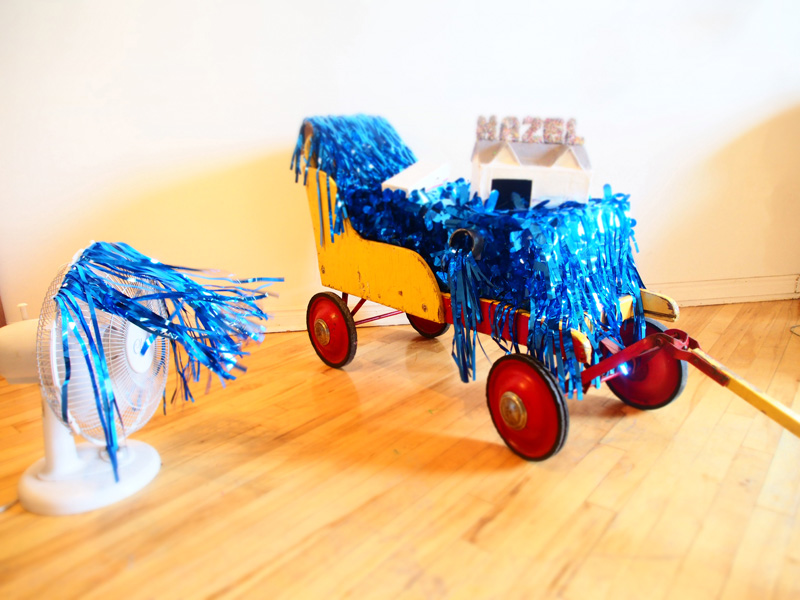 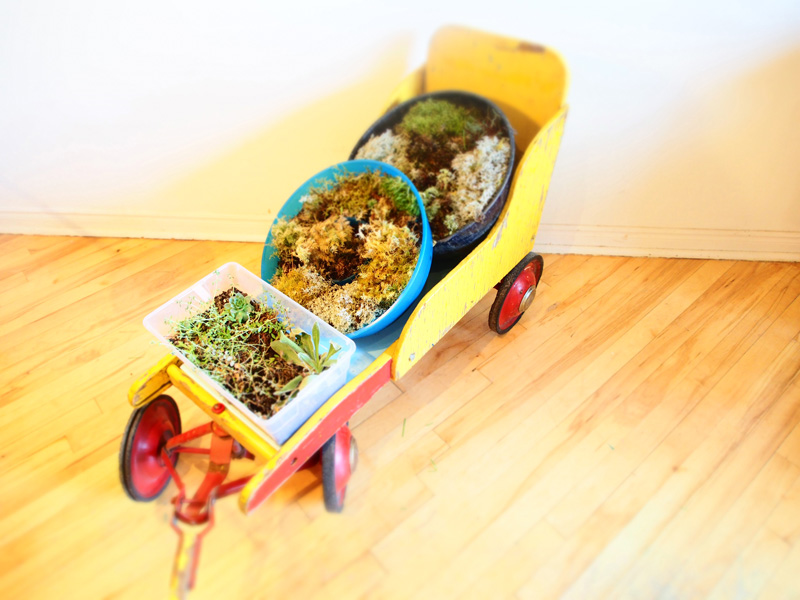 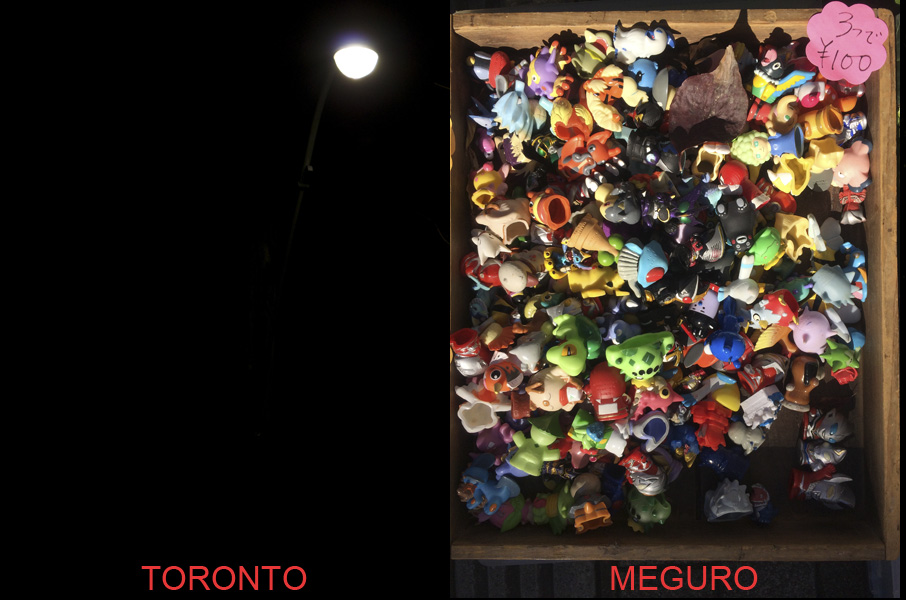 Images taken during siblings' simultaneous walks in Toronto and Meguro 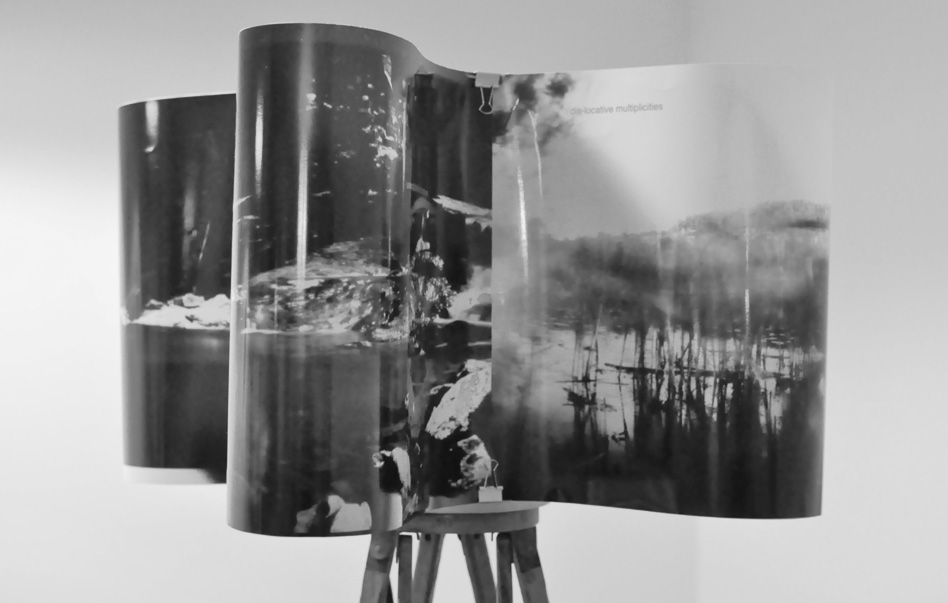 An archive is commonly understood as a collection of historical records providing information about a place, institution, group of people or the physical place they are located. Anarchive, in contrast, is an activity that resists mere documentation and interpretation in favour of affective and material processes of production, where archival ‘technicities’ create new compositions and new nodes of research.

Anarchiving means approaching matter from new perspectives in order to uncover unprecedented relationships between the works. Unlike an archive concerned with preservation and coding practices that aid in the retrieval of data, the anarchive aims at stimulating new nodes of production. While an archive is concerned with an original artwork and its description, anarchives suggest new ways of using and producing new work. Taking up the proposition of anarchival techniques, graduate students at the University of Toronto created a series of anarchival proposals based on a series of walks in and around Toronto. In one instance a student and her sibling went on simultaneous walks in Toronto and Japan “with each other.” Another student created flip books from gps drawings, while a third used pinhole photography and text to produce a series of folded ‘drawings.’

Using the form of a parade another student built parade floats. The looped videos document these floats parading in her apartment, along the Humber river and in a west-end neighbourhood. In the first procession ruderal species were collected from Toronto and used to create a float, which was then paraded throughout an apartment posing questions about the relationship between inside and outside, nature and culture. The Humber river float references the history of the region and in particular Hurricane Hazel, while the west-end float composed of a gravestone comments on the gentrification of the area. 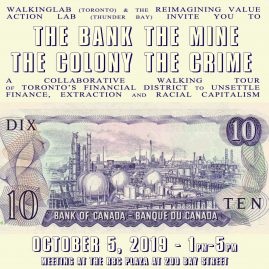 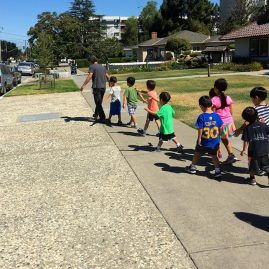 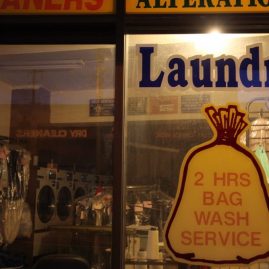 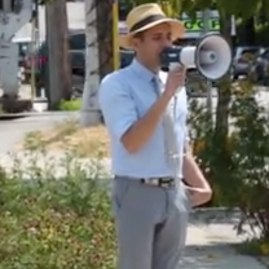 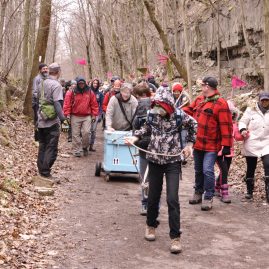 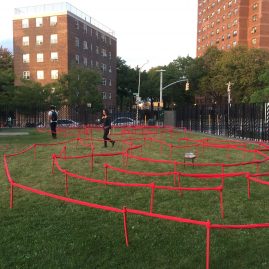 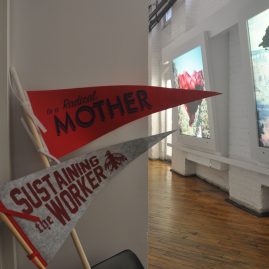 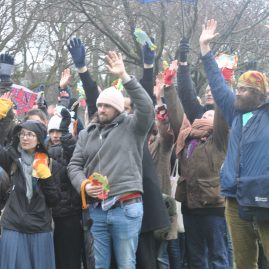