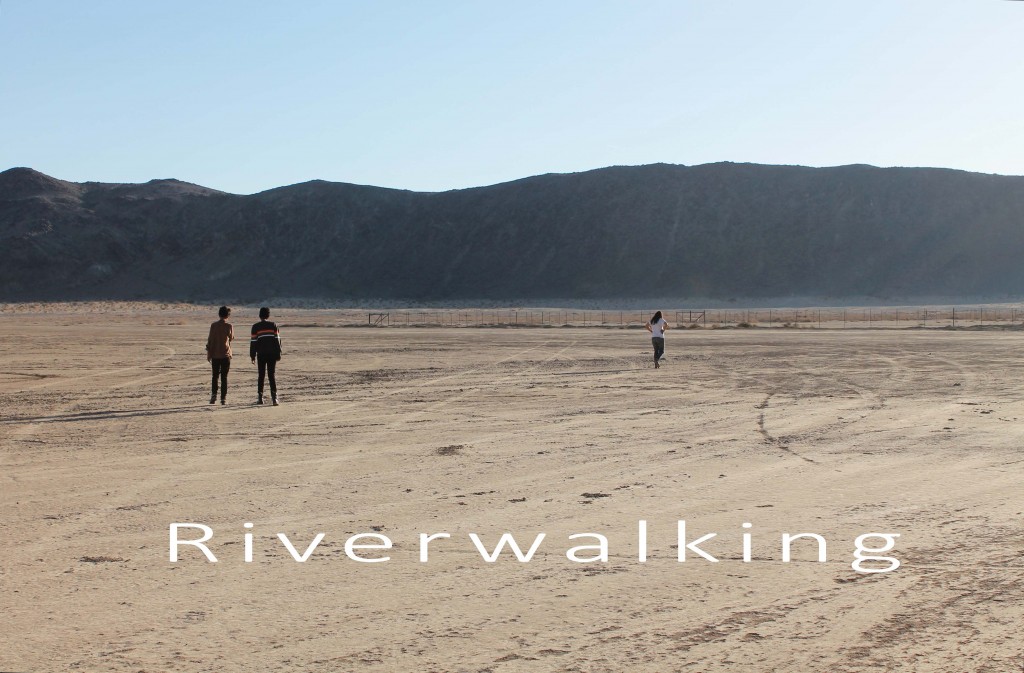 This month, three primary researchers-at-large from the Helio Butler Institute for Intraterrestrial Survival (HBI) will embark on a journey of exploration through the waterways of Southern California. Maya Land, Alexis Selleck and Nassem Navab hope to develop an experiential mapping of this region by investigating the physical relationship between bodies and waterways.

Rivers are paths where water walks, paths that have been shaped by both human and geological forces. These waterways are an essential lifeline for human centers, and in the desert of southern California, their presence is even more crucial. The rivers running through Southern California’s desert cities are often either selectively preserved corridors deemed “natural” or suffocated cement canals set into the cityscape. They are sites of mixing, swirling eddies where invasive vines, native trout, human and animal homes, waste and cultural identities collide.

Local participants and HBI researchers will walk various rivers in San Diego, Los Angeles and San Luis Obispo, California. Together, this is an act to reclaim the public space and history of rivers. Individually, the intimacy of walking in water encourages a meditative interaction with the river and its synanthropic organisms. Walking in the river becomes dance, a radical way of redefining the relationship between body and place.