I head to the playground in my local neighbourhood. The playground is in a suburb of Brisbane, Australia, nestling amongst tall gum trees at the edge of a national park in the west of the city. The playground is unremarkable: swings, climbing structures, a flying fox zip-swing, all sunk into a hefty layer of bark chipping to mitigate against serious head injuries if someone falls. The bark chipping fills a series of brick-edged, organic-kidney-shaped pits that seem to delineate where play is to occur.

These brick-edged pits suggest a boundary, an edge when really, there are no real edges to a playground. The play structures aren’t the edge, and there isn’t an invisible line that heads vertically up from the brick-edged pits to divide the playground zone from the park or the trees. Playgrounds are associated with children’s play but in turning attention away from humans and onto birds, leaves, temperature, wind, water, rubbish as they move in and through the space, what else is playing? How is play, where is play?

The edges of the playground dissipate and explode outwards, everything filled with lively movement as it gets taken up into the air and away. I follow this explosive movement through walking and mapping, following the playground on its imaginative path.

From my local neighbourhood playground I follow the movements of things as they leave the brick-edged pits and the structures and head for the small bridge over the creek and into bush land.

I come across a local creek called Fish Creek. It is a small creek with tight turns but it has lots of large trees, and grasses and palms that grow right to the water’s edge. There is a steep, woody range rising up on the left and I can spot the back of houses on the right. The topology creates a tunnel for the wind to come through and everything seems to be moving.

As I walk the creek I make mappings of things playing: leaves whorling on branches, treetops swaying, minuscule flies and insects weaving about, the sun suddenly shining on motes in the air. This walking playground is teeming with careless and indifferent play and I am the only human there. 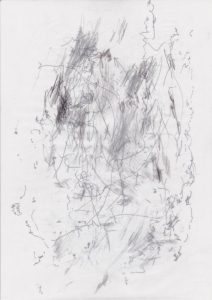 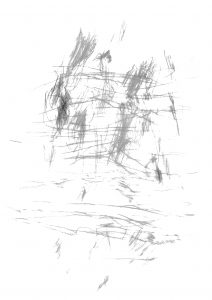 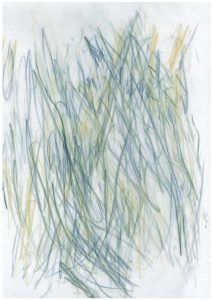