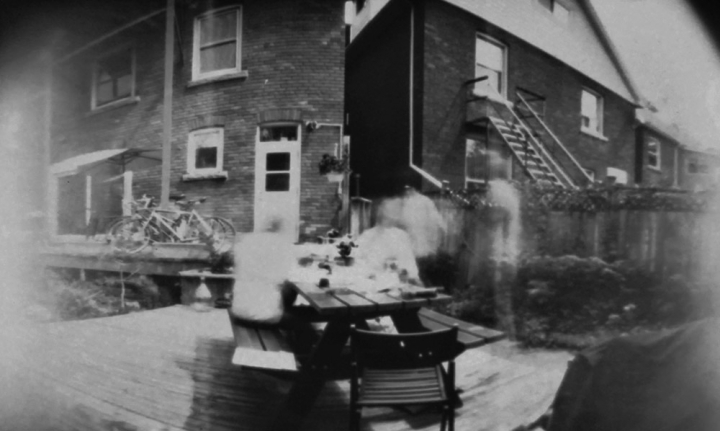 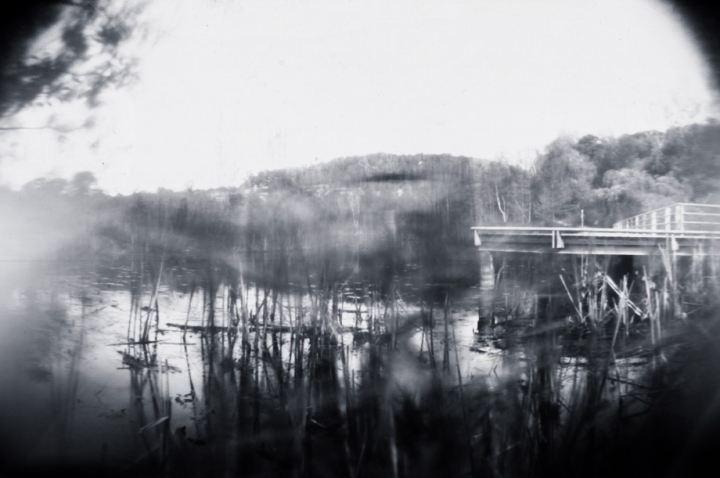 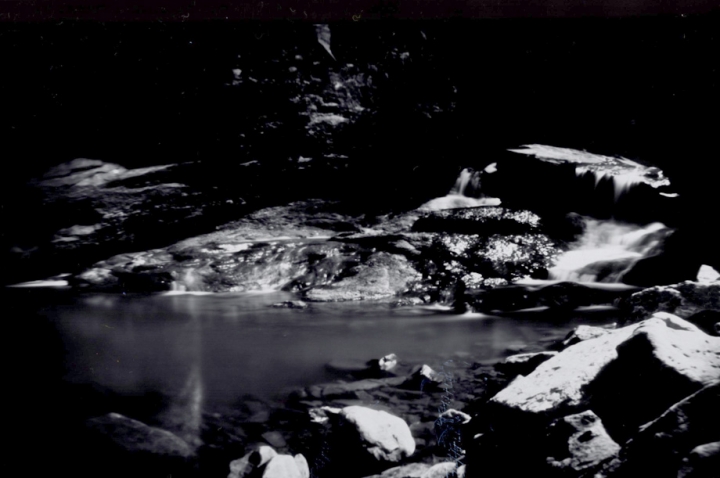 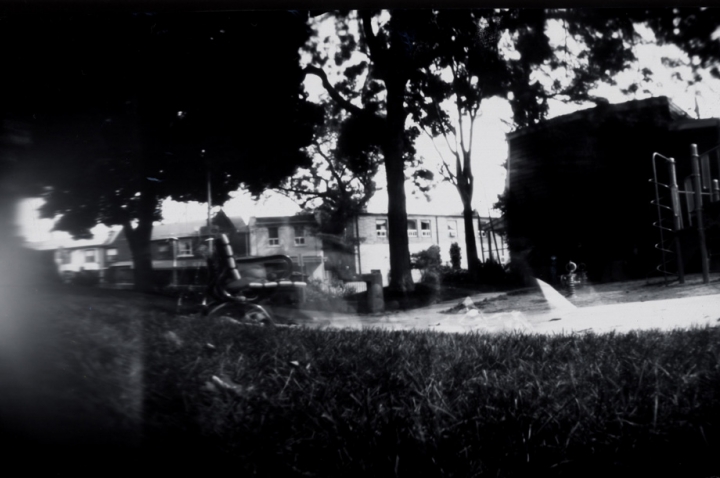 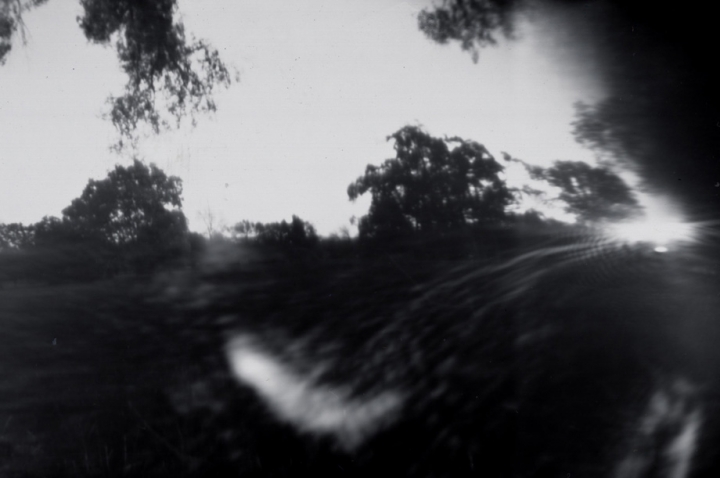 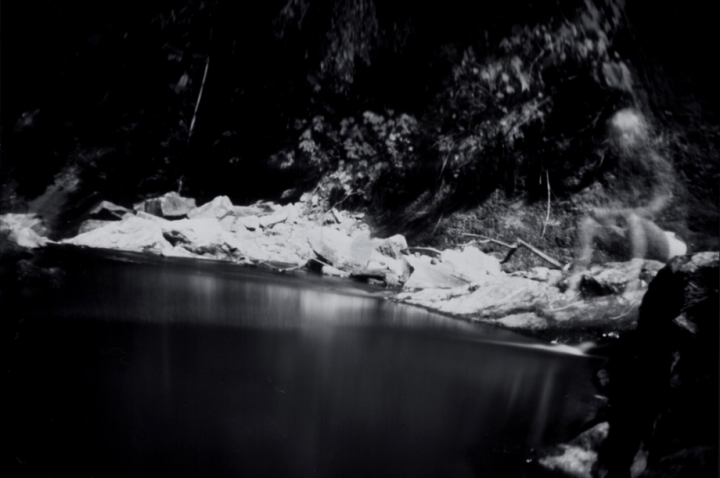 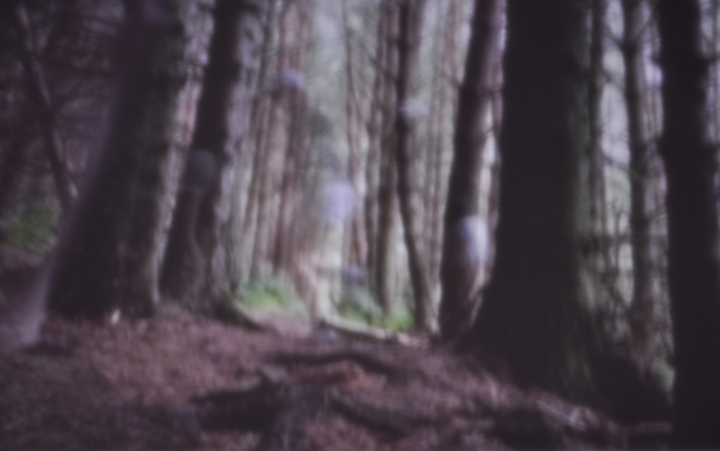 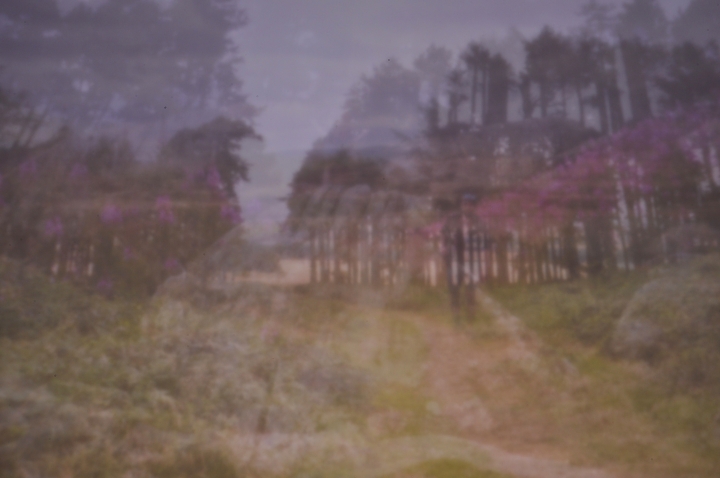 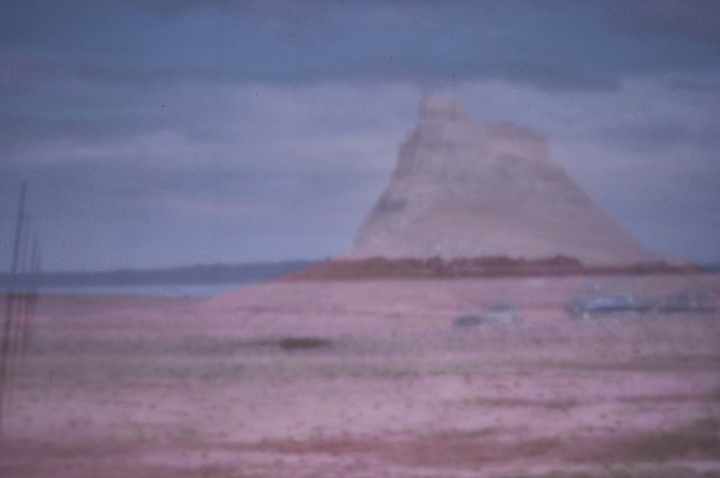 Last spring (May 2014) WalkingLab‘s Sarah E. Truman set up a dark room in her basement. It was a time when many researchers were experimenting with GoPro cameras and other wearable technologies as a way to record movement, and she and Stephanie Springgay wanted to reconsider more analogue approaches. They built several pinhole cameras out of coffee tins, shoe boxes, and a Chinese tea chest and took them on walks as activation devices to intervene in the process of walking-thinking.

Because pinholes typically require long exposure times the cameras are usually mounted in one place for the duration of the shot. Moving the camera during the exposure time can produce ghostly gestures; a palpable affect of rhythm and light. The long exposure time forced them to pause, to attend to thinking-in-movement and apparatuses of capture.

Dark room chemicals are toxic so they have traded the analogue process for a pin hole mount on a DSLR camera and taken to walking while shooting.