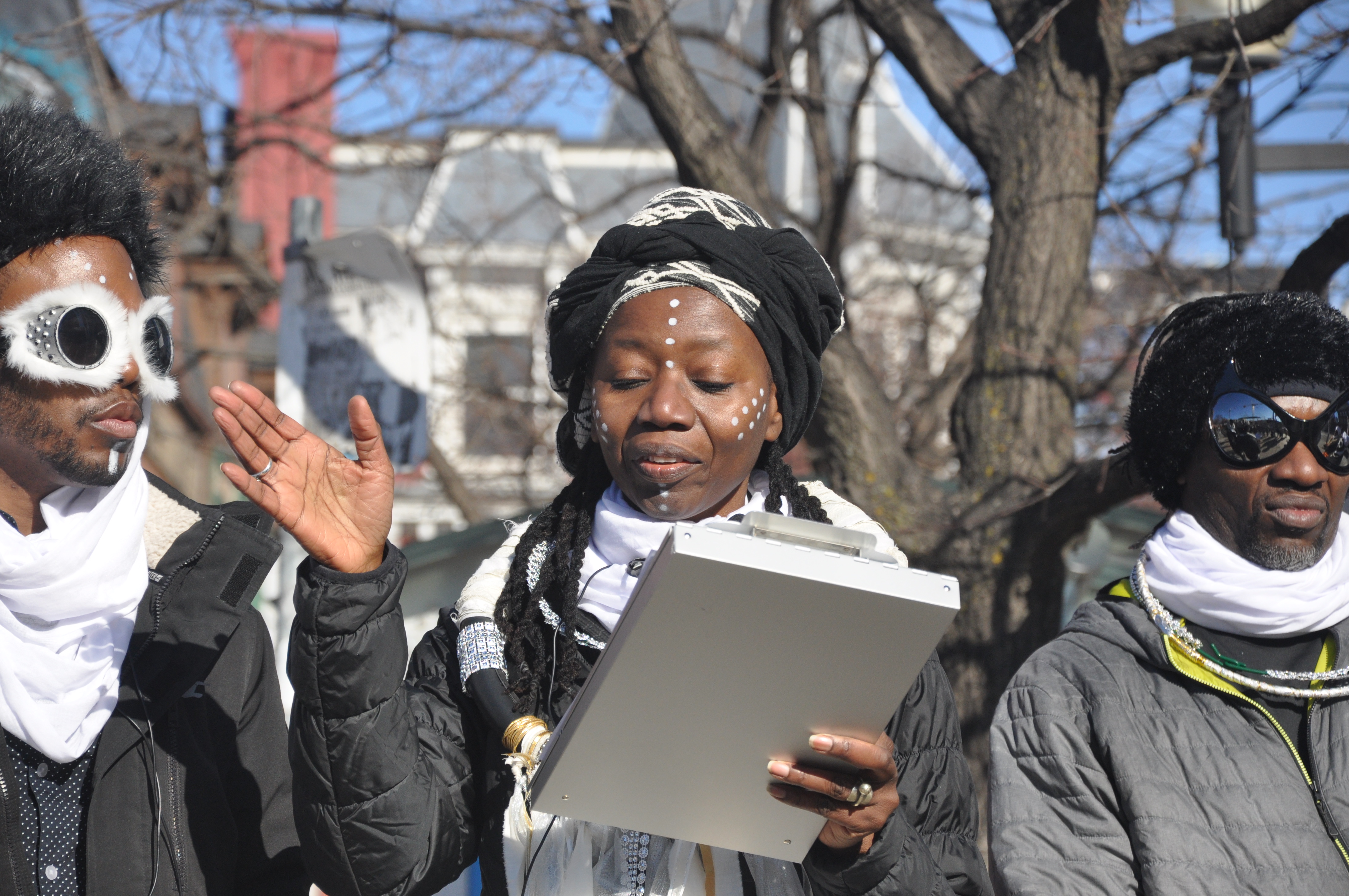 WalkingLab's fabulous collaborator, Camille Turner is profiled on CBC's Art is My Country. The profile discusses Camille's archival research of Canada's history of slavery, her walking practices, and Afrofuturism.

From the perspective of a fictional time traveler, BlackGrange is a walking tour that re-thinks and re-imagines the present by illuminating histories of the African Diaspora in Toronto’s Grange neighbourhood. The project, commissioned by WalkingLab was produced by Canadian artist Camille Turner. 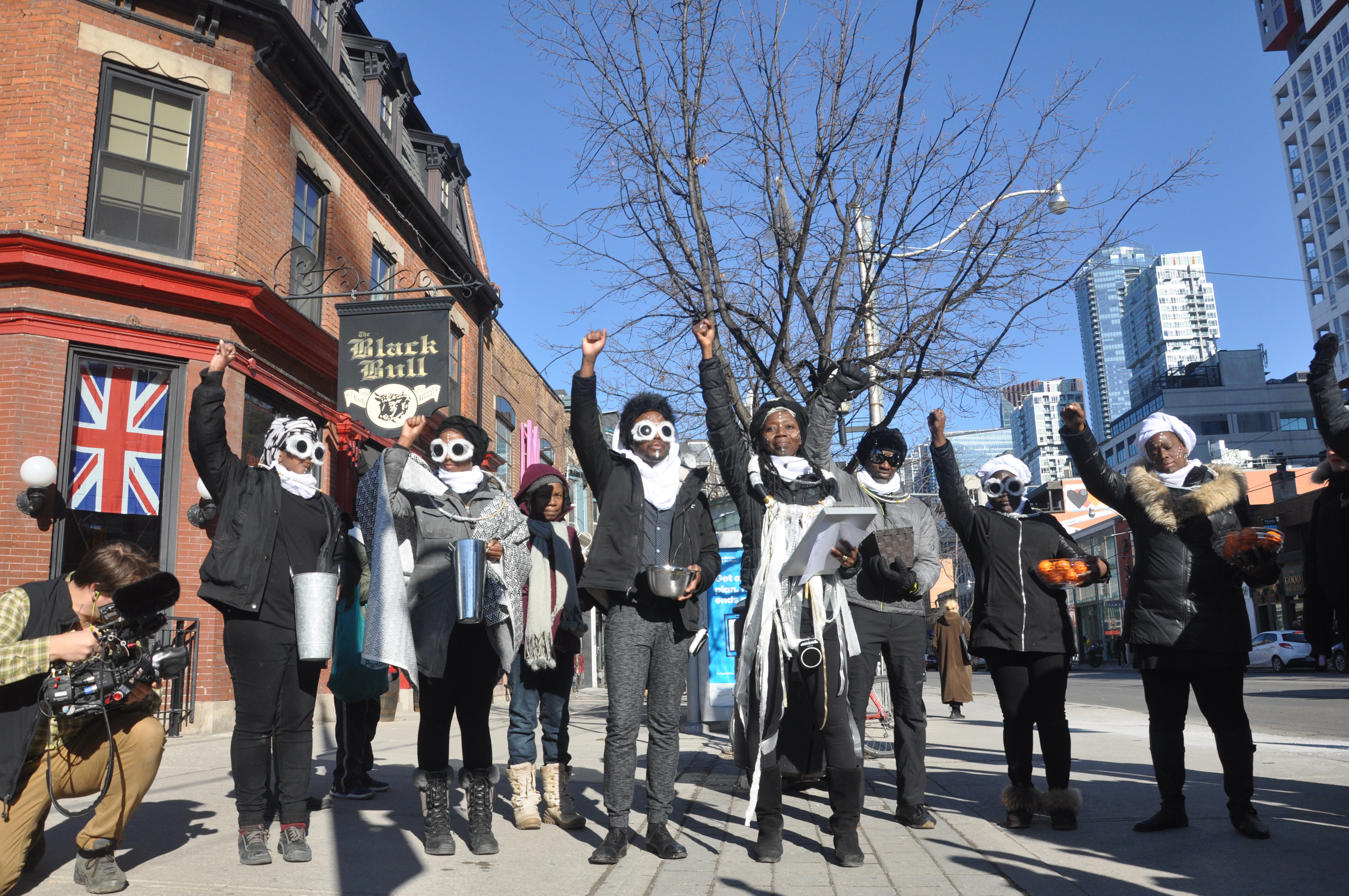 Using google maps and a mobile device walkers can access the tour virtually. The walking tour was launched in a one-time live event in early March. More than 100 people joined the 90 minute walk on a crisp but sunny winter’s day.

BlackGrange intervenes in the logics of official archives. Archives falsely describes Canada as a country committed to multiculturalism and benevolence. The dominant narrative of Blackness presents Canada as a safe place that welcomes racialized others. This logic of goodwill, Katherine McKittrick (2007) argues, “conceals and/or skews colonial practices, Aboriginal genocides and struggles, and Canada’s implication in transatlantic slavery, racism, and racial intolerance” (p. 98). The production of Canada as a White state is indebted to the erasure of Blackness.

BlackGrange not only re-maps this erased and forgotten history onto the Canadian landscape, it also questions the mechanisms that enable this ongoing erasure. McKittrick (2007) states that while Canada’s mythology has been shaped by 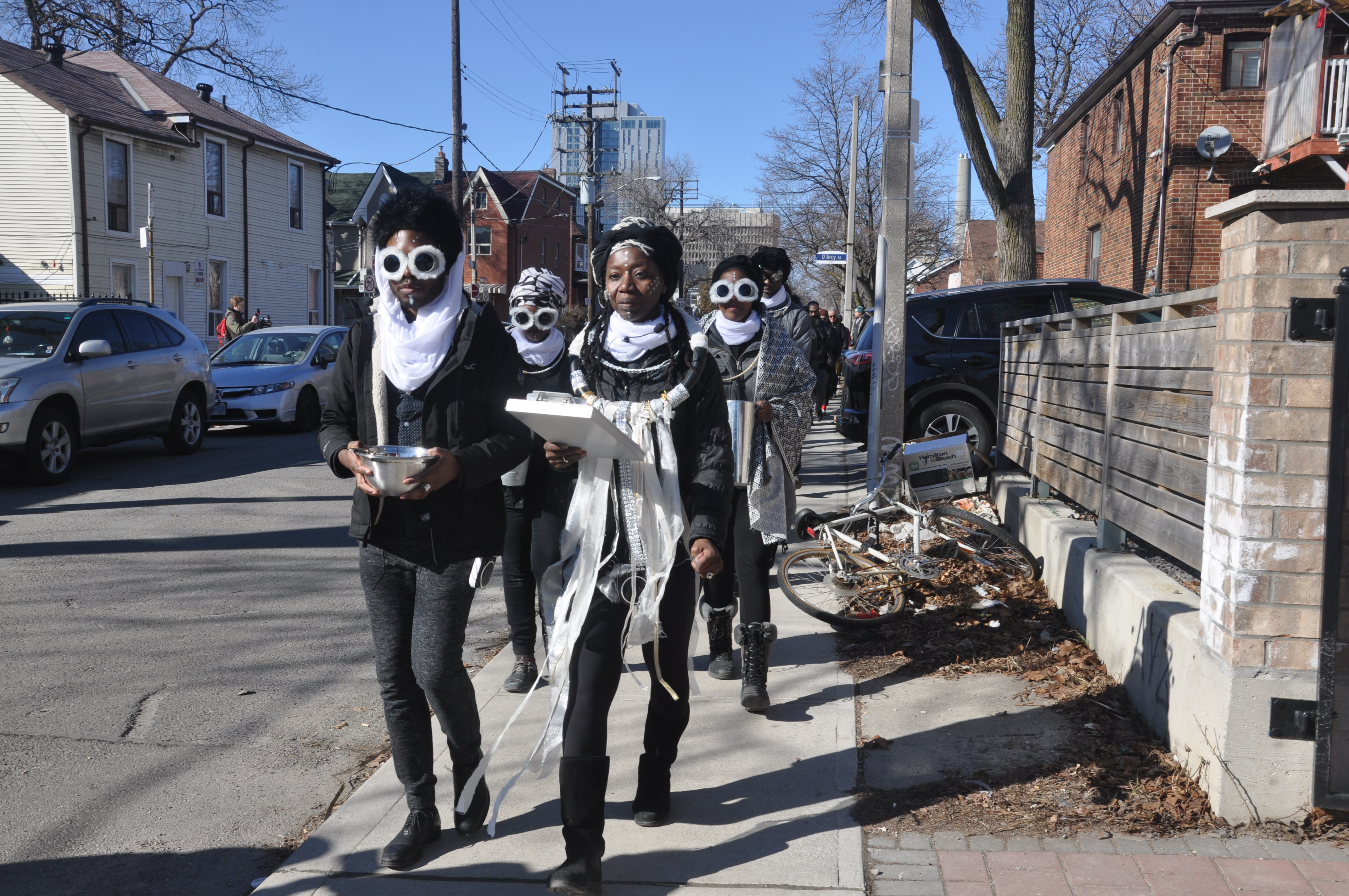 the idea of fugitive American slaves finding freedom and refuge in Canada, Black feminism and Black resistance are “unexpected and concealed” (p. 92). Black people arrived in Canada via multiple means, not just as a passage into ‘freedom;’ and as Turner’s walking tour makes explicitly clear, Canada also legalized the enslavement of Black people.

Blending archival material, Afrofuturism, and performance, Turner pieced together fragments that existed of Black history in Toronto, with speculative fiction, performance, meditation, ritual gestures, and song. Afrofuturism and speculative fiction envisions an alternative world or future, where time, space, bodies, and behaviours are defamiliarized, ruptured, or expanded. BlackGrange resists the reading of Black history exclusively as violent or traumatic.