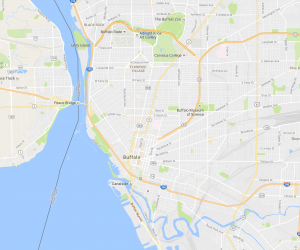 The image of the city, as Kevin Lynch pointed out back in the 1960s, is different for each person, changing according to socio-political factors including class, race and gender. The city-image is, in part, a cognitive map, made up of layers of images and stories, different kinds of knowledge. Preferably it should be open-ended and adaptable so that the individual can continue to fill in details, to “extend the drawing.” Other layers of city-image include landmarks, tourist spots, appearances in media such as film and television, and the physical map that proposes boundaries, neighbourhoods, and geographical shapes. As well, there are networks, clouds, armatures, flows, and other envisionings of social or ephemeral infrastructures that make up the city. Developing a deep knowledge of place is like the mapping of these layers, a stratigraphy that notes the way places are formed through accumulation: history, story, experience, networks, vectors, the natural and built environments.

One of Lynch’s final thoughts in The Image of the City, in “Directions for Future Research,” is to suggest the study not only of images as they exist, but also how they develop: “how does a stranger build an image of a new city”?

My test case: Buffalo, New York. It’s about an hour and a half drive from my home in Hamilton, depending on the border crossing. Usually it takes me 10-15 minutes, but last week I was pulled over and sent into the offices for “document control.” This took 45 minutes.

The first city-image that I had of Buffalo before I had ever visited was similar to that of Hamilton’s: rust belt steel city, and not much more. Also, I visited the Albright-Knox Art Gallery once, and saw an exhibit of quite wonderful Modigliani paintings.

The second city-image I have is from Google Maps. The cartographic image gives me the shape of the city, but leaves me with questions: Where are the interesting neighbourhoods that I should visit as a tourist? What parts are significant to the citizens who live there? Where is the financial district, the arts district, the old city?

Where does GoogleMaps locate its city centre marker?

And now, the layers begin to happen with each successive visit.

For now there are highways and greenery, bridges and scenery
of waters and dams and shores, more roads and malls, it could be no-place, non-place

Over the next couple of blogs I will map how these layers grow.