We started by making seed-balls, or as they are sometimes referred to, seed-bombs. We follow these different names because they help us to frame what we do as a translation practice.

The technique of encasing seeds in a layer of clay to protect them from predators is ancient, and in modern times it was adopted and popularized by Masanobo Fukuoka in his ‘do-nothing agriculture’. ‘Seed-balls’ is the English translation of the Japanese nendo dango, literally clay and ‘things combined together to make a ball’. But dango (the combining of things into balls) also carries other associations and meanings, such as sweet rice flour balls.

Seed-balls are useful in areas difficult to reach, and their use transitioned from natural farming and permaculture, to regenerative agriculture, and to guerilla gardening. Along the journey balls became bombs, and generated their own military metaphors, such as strikes, bombing, attacks.

Seed-balls. Seed-bombs. In one language we associate a domestic practice, making sweets with rice flour, to a non-interventionist form of natural farming. In another we speak of military operations, actions and conflicts. Every practice of translation is also betrayal, shifting and repurposing of meaning. What is a farming practice on the volcanic soil of a Japanese island becomes an activist reclamation of public space in urban contexts.

At the edge where these two meanings rub against each other, we started to make our own seed-things, and through the making process we created our own betrayal of both balls and bombs. The seed-things will be gifted to walkers and gardeners, in a translation of the gift economy through which gardeners generate their networks and gardens. We think of our first walks as a form of citizen (social) science, where we will be gathering data about different ecosystems, but also as a way of hacking the urban ecosystem, for instance by introducing the possibility of food production and small pockets of surprise to a semi-industrial zone of the city thought to be desolate. 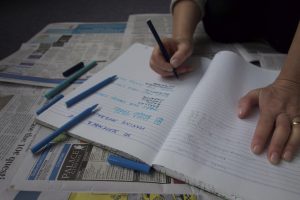 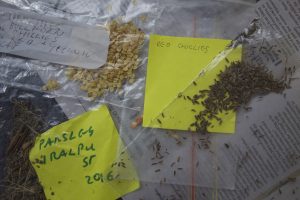 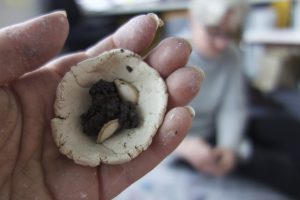 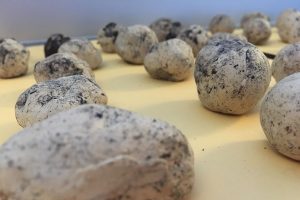