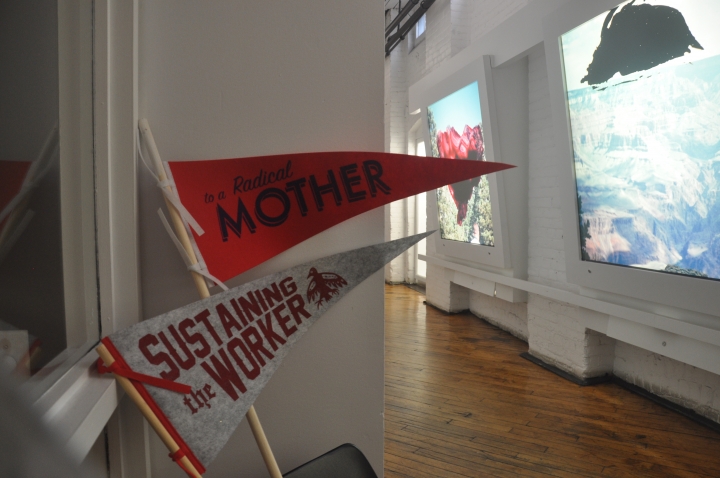 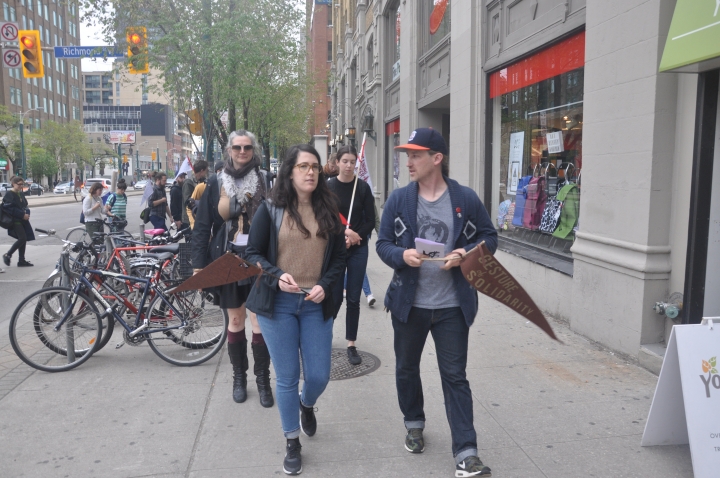 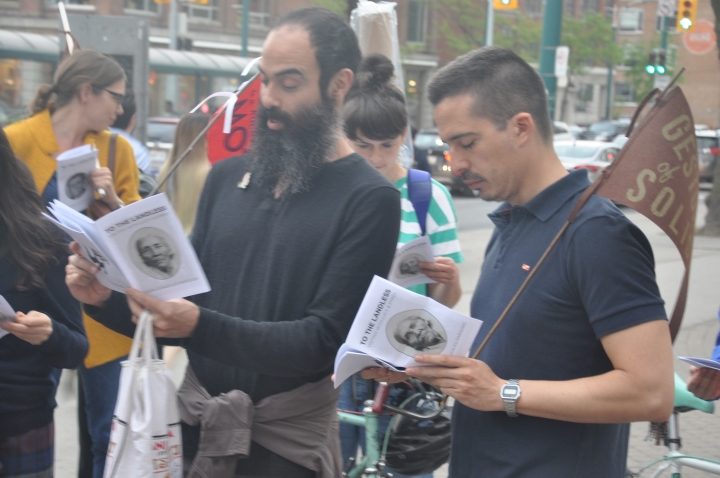 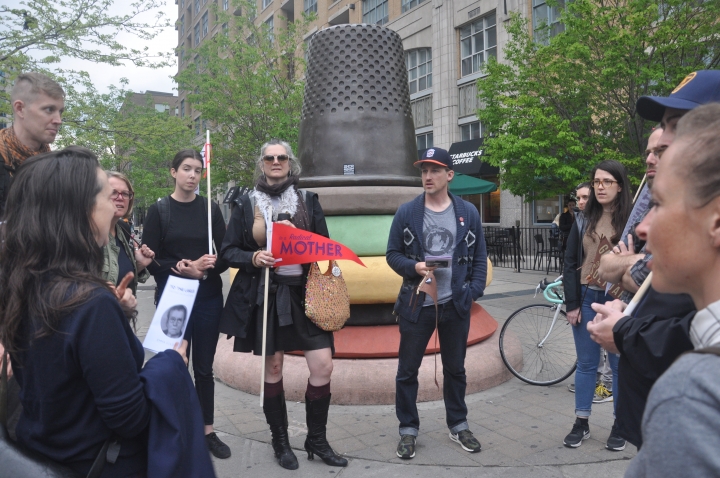 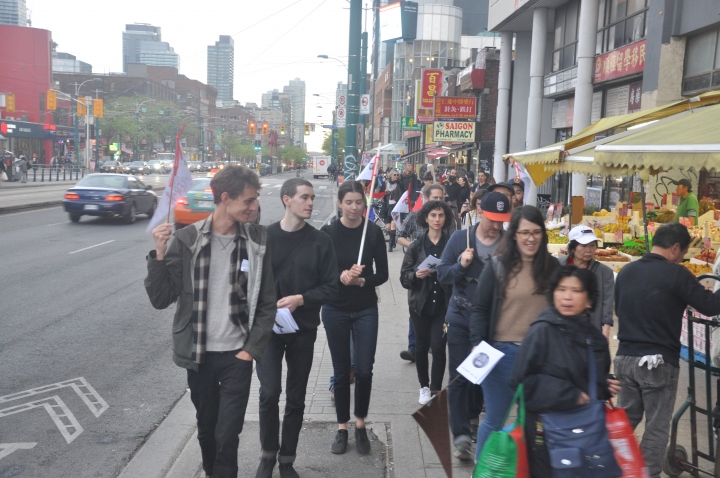 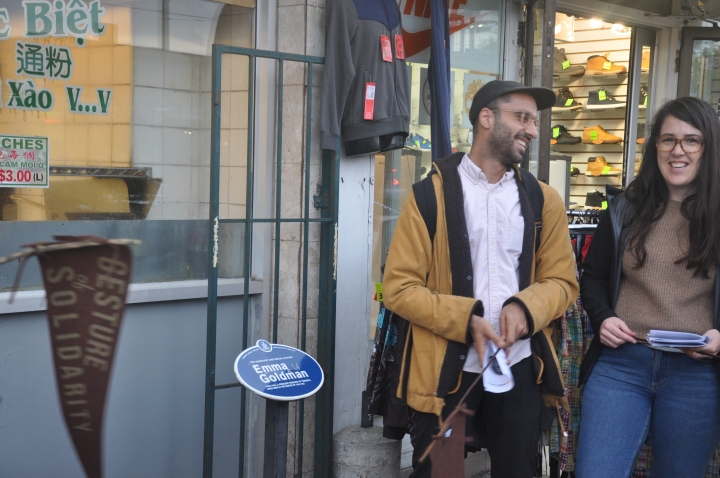 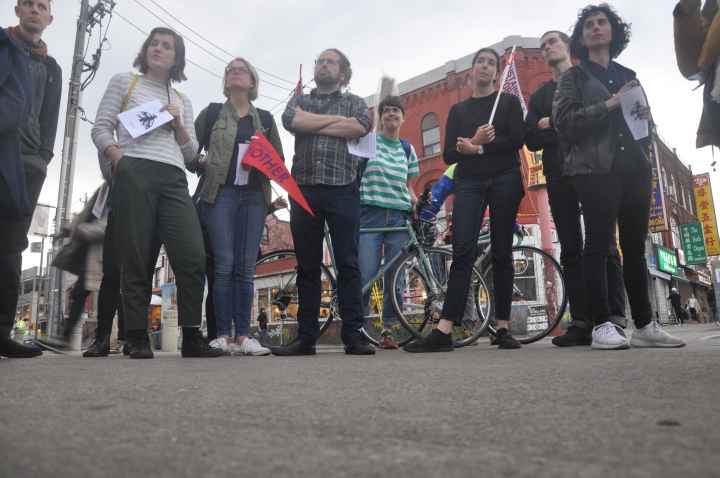 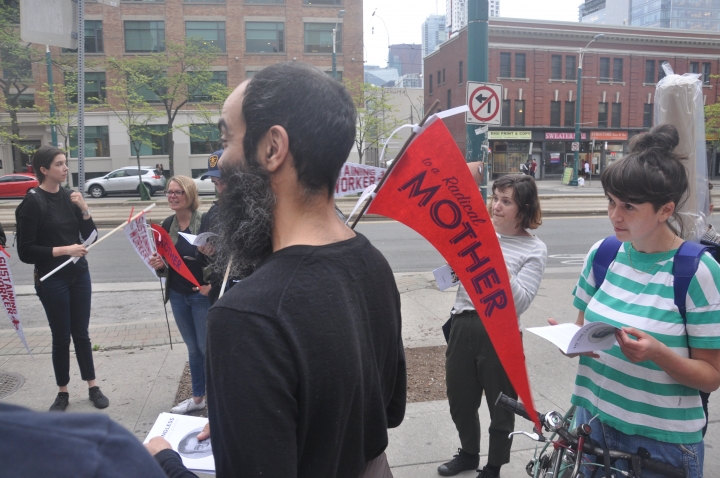 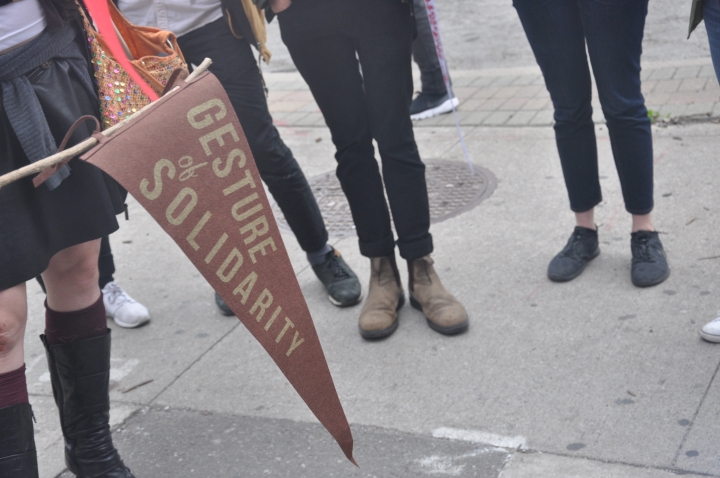 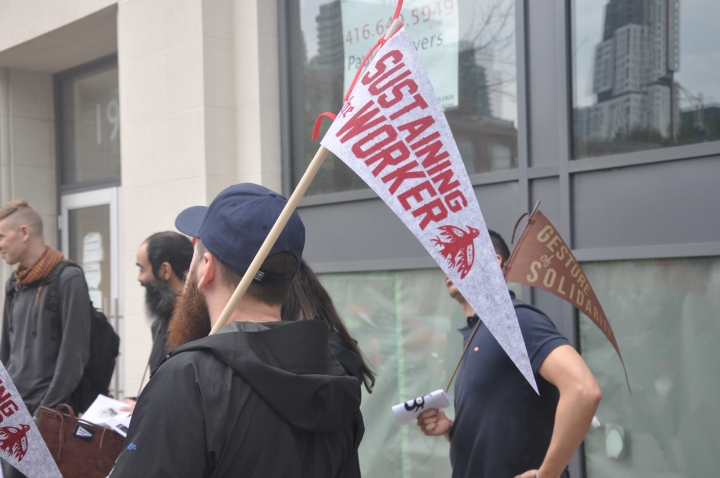 ‘To the Landless’ – an artwork and walkinglab project by Dylan Miner – borrows its title from words spoken by eminent anarchist Lucia Gonzáles Parsons (commonly known as Lucy Parsons) at the founding convention of the Industrial Workers of World. As a womxn of African, Mexican, and Indigenous ancestry born in Texas, Gonzáles Parsons employed intersectional, anti-state, and anticapitalist activism throughout her life. In her writing and in her organizing, Gonzáles Parsons was often at odds with better-known anarchist Emma Goldman, herself born in Russia.

‘To the Landless’ asked people to join together on a casual walk through Chinatown and Kensington Market, traveling from Gallery 44, 401 Richmond Building, toward Goldman’s former house on Spadina. During the walk we conducted popcorn readings and imagined Gonzáles Parsons joining Goldman, who died in Toronto in 1940, for dinner near her house. Unable to separate history from the present and future, Miner asked us to walk with, converse with, and eat with these two contentious and important activists and thinkers. Conversations incited by the walk focused on the politics of settler-colonialism, capitalism, patriarchy, and immigration.

Presented as part of the exhibition What does one do with such a clairvoyant image?, hosted by Gallery 44 and Trinity Square Video, and curated by Leila Timmins, cheyanne turions and Jayne Wilkinson.