Walking can be filled with words or left as it is, left as it was. In these posts for WalkingLab I will put a few words around a 3-day walk (as well as its preparations, and coalescing memory). The recently completed steps are part of a series called the Coyote Walk. This year, 2017, was its 9th annual occasion since early spring 2009. It marks the anniversary of the death of an unfortunate non-human urban wanderer who appeared years ago in New York City’s Central Park. Like this blog, our walk was framed as a kind of residency (an “itinerancy”). I acted as the administrator and 15 others walked along. Together we made a conversation in and of the landscape between the urban and the conserved/unplanned/wild. We began in Central Park and traced green space out of the city on foot, to a larger forested area. The walk was a slow transition out of the city.

A few images
Losing someone, a diner, a hole in a fence, low sun a miscalculation of time, seated on a grassy median, a branch hand-held so it doesn’t whip back.
A wretched smell downwind, a threatening flashlight, a small city of tents- one on asphalt.
Footprints, hawks overhead, fanning out for a path, feet submerged in cold water.

Scat
The story of the Northeastern coyote runs along side the project, as a narrative connection and conversation piece for those met along the way. Scat collection is a small practical tie in. Our group was able to collect 4 samples of what we believe to be coyote scat. One found off trail, in a park inside city limits. The scat will be contributed to the Gotham Coyote Project who study, among other things, the inevitable colonization of one of the largest un-coyoted landmasses in North America: Long Island. New York City is an obstacle in the path for this controversial and succesful species. Gotham Coyote analyzes scat DNA for information how coyote populations are moving.

Inoperative ecology
Over the years of making this walk, the initial circumstance that inspired it remained in view, thought not necessarily front and center. Call it the death of an animal at the hands of the city. Not a malevolent exchange, but maybe a tragic-comic myth (a beast transgresses town, is captured and taken to the wild, but drops dead upon its release). This walk has always been intended as a loose response. Recently a pet cat died, hammering home the strange relation we have with animal death: from pure emoting for a companion to callous disregard for the pest or the disconnected dinner. 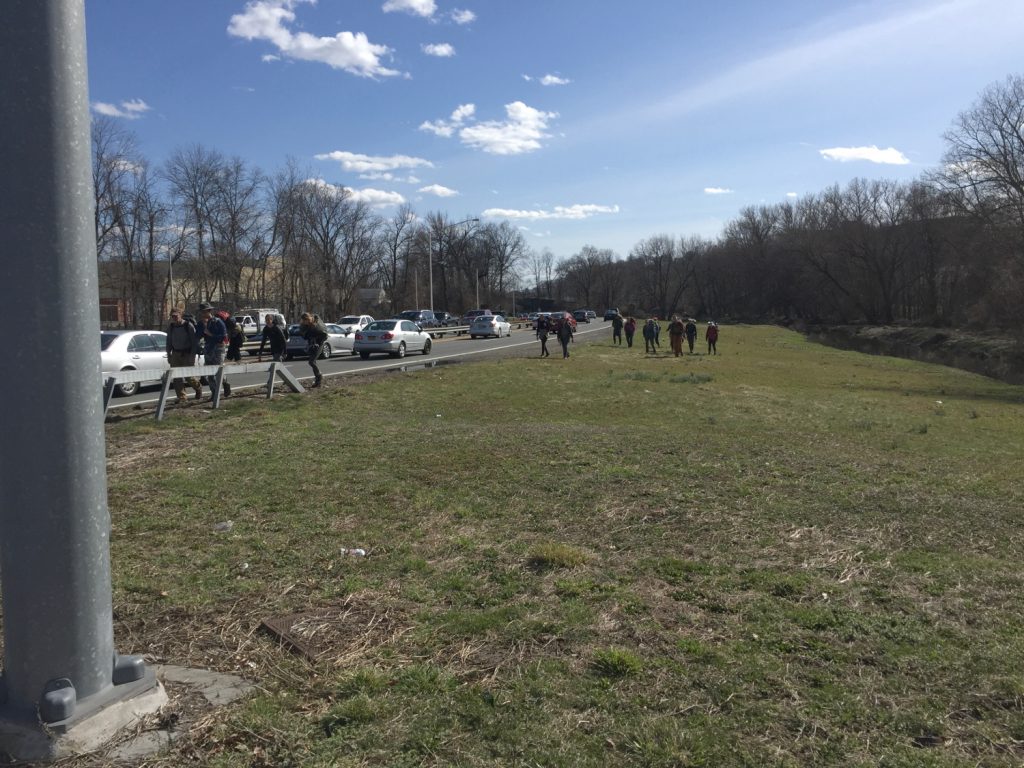