On our group walk this past week we followed a portion of the route of one of Toronto's “lost rivers,” the Taddle Creek that once ran from Wychwood down through the Annex and U of T campus, before entering the lake at the base of the city. Framing this walk through Astrida Neimanis's concept of the “onto-logics of amniotics” (Neimanis 163) we can also say that our human bodies of water temporarily brought to the surface again an other-than-human body of water that has been submerged through New Hydrological Technologies – technologies that have rendered increasingly precarious the relationship between these varied bodies of water.

What possibilities are surfaced when we surface the hidden presence of this creek? Elizabeth Povinelli might say that we are surfacing some of the conflict between the figure of the Desert and the figure of the Animist, the conflict between water as a substance stripped of life and water as a manifestation of the vital force present everywhere in the world.

We are also in relation to the creek in a “set of historically situated dependencies and obligations” (Povinelli 170) that on the one hand urge us to see the creek as absent/inert/available for western use (the creek now diverted into the city's sewer system) and on the other as present/active/in a relationship to land that exists prior to the structure of settler colonialism now imposed on the creek and continent.

Has walking with the creek also brought about the figure of the Terrorist, are there any in the class willing to “disrupt the current biontological organization of state, market, and sociality” (Povinelli 170)? Reflected in the amniotic puddle outside of OISE we see the roof top of a colonial mansion. The water fountain without water in winter, organized by the state into inaccessibility. The sculpture of a water pitcher meant to represent the buried river, even in this symbolic form contained within an object of human use. How much resistance is summoned by tracing these various biontological symptoms?

Archiving our walk, I noted the airborne toxins of an epoxy reaction, a dryer vent, tree residue from a wood chipper, the way small hairs in my nose register cold as well as smell. Winter freezes and also clarifies, opens me to these stark traces. I remember hearing the spring thaw described as an “ungiving,” the change in seasons removing what winter has provided.

We might see this in some way as the creek withdrawing itself, becoming “a form inimical to human forms” (Povinelli 172), but that doesn't feel right. The creek has been removed from the commons, or at least from a particular definition of the commons. After all, while the city's sewer system is used in common, the creek has not been granted its own right “to proliferate, flow, gestate” (Neimanis 174). To act with an awareness of our part within a broader hydrocommons means being willing to nurture the river, to unenclose it. Not just to surface it through our own bodies walking its rocky spine, but to work for its re-emergence and flow through the city. Or to prevent the enclosure of the other other-than-human bodies of water this lost creek was and is in relation to.

If we are currently “perched at the hinge of preservation and creation” (Neimanis 177) with regards to water, I'm left wondering what flows and is activated as a result of our water walk. Are we still preserving a settler relation to land in using the language of absence, are we trying to create otherwise by invoking the creek's hidden presence, what is the future imagined by anarchiving “lost” traces? 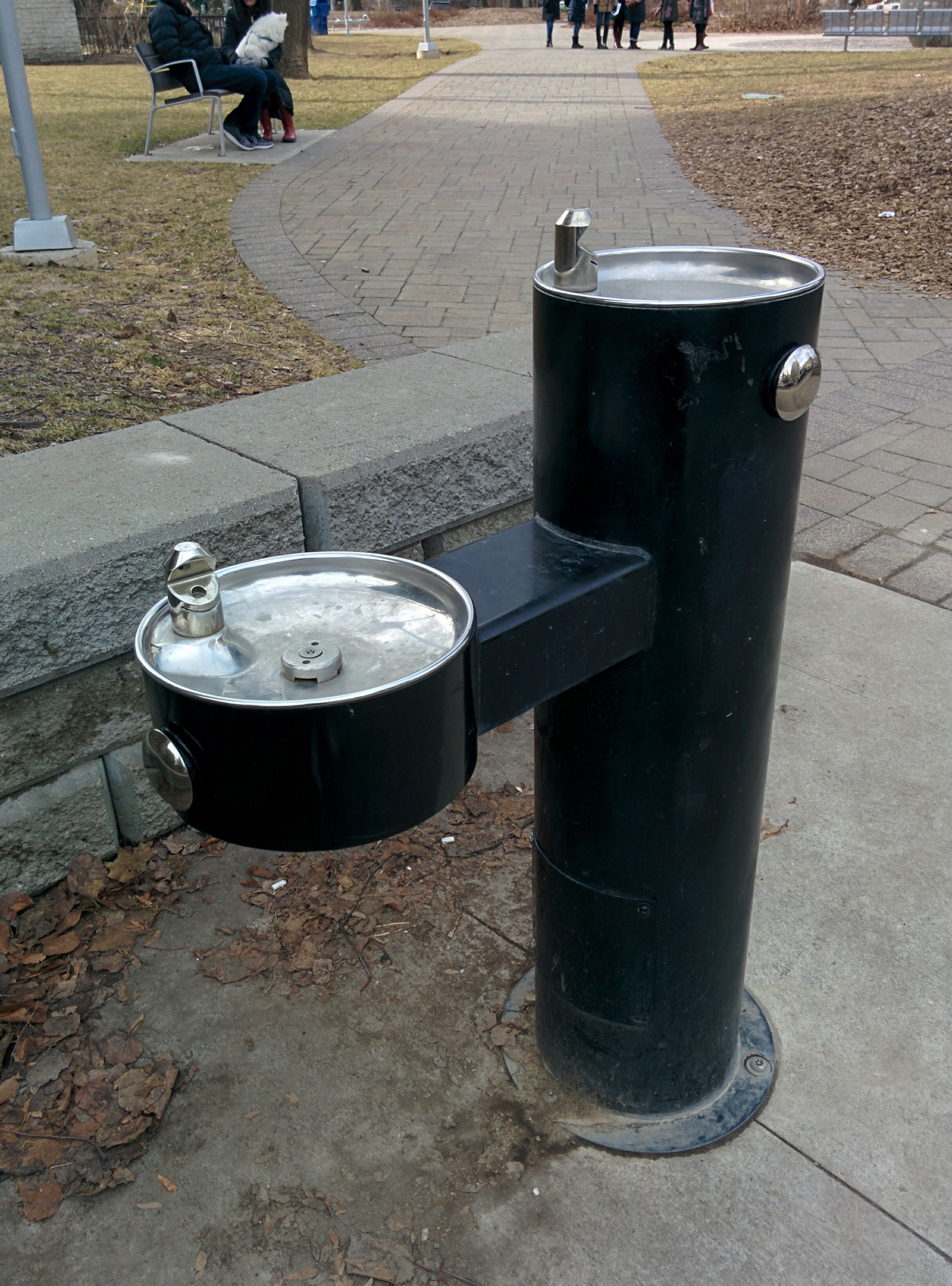 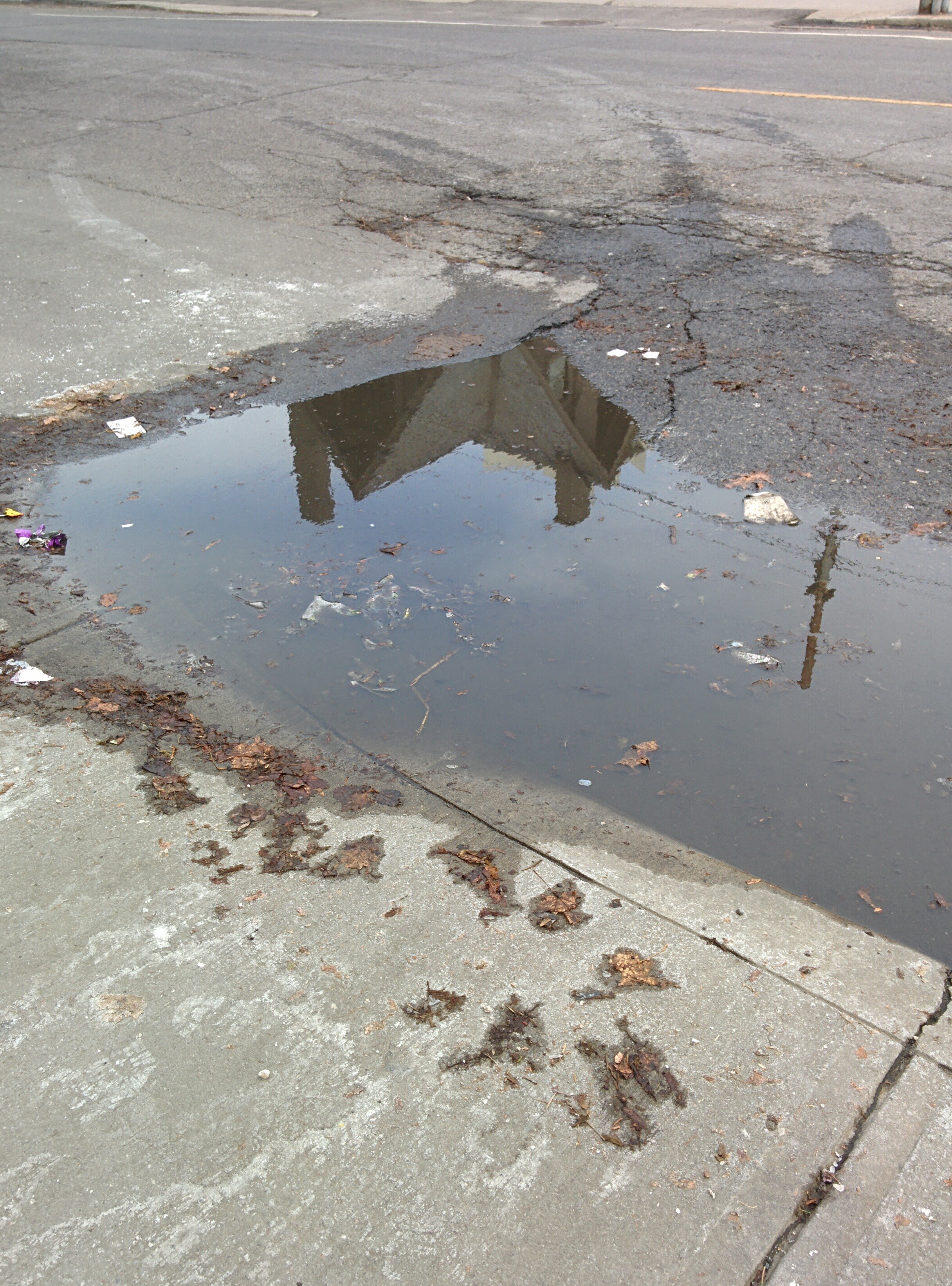 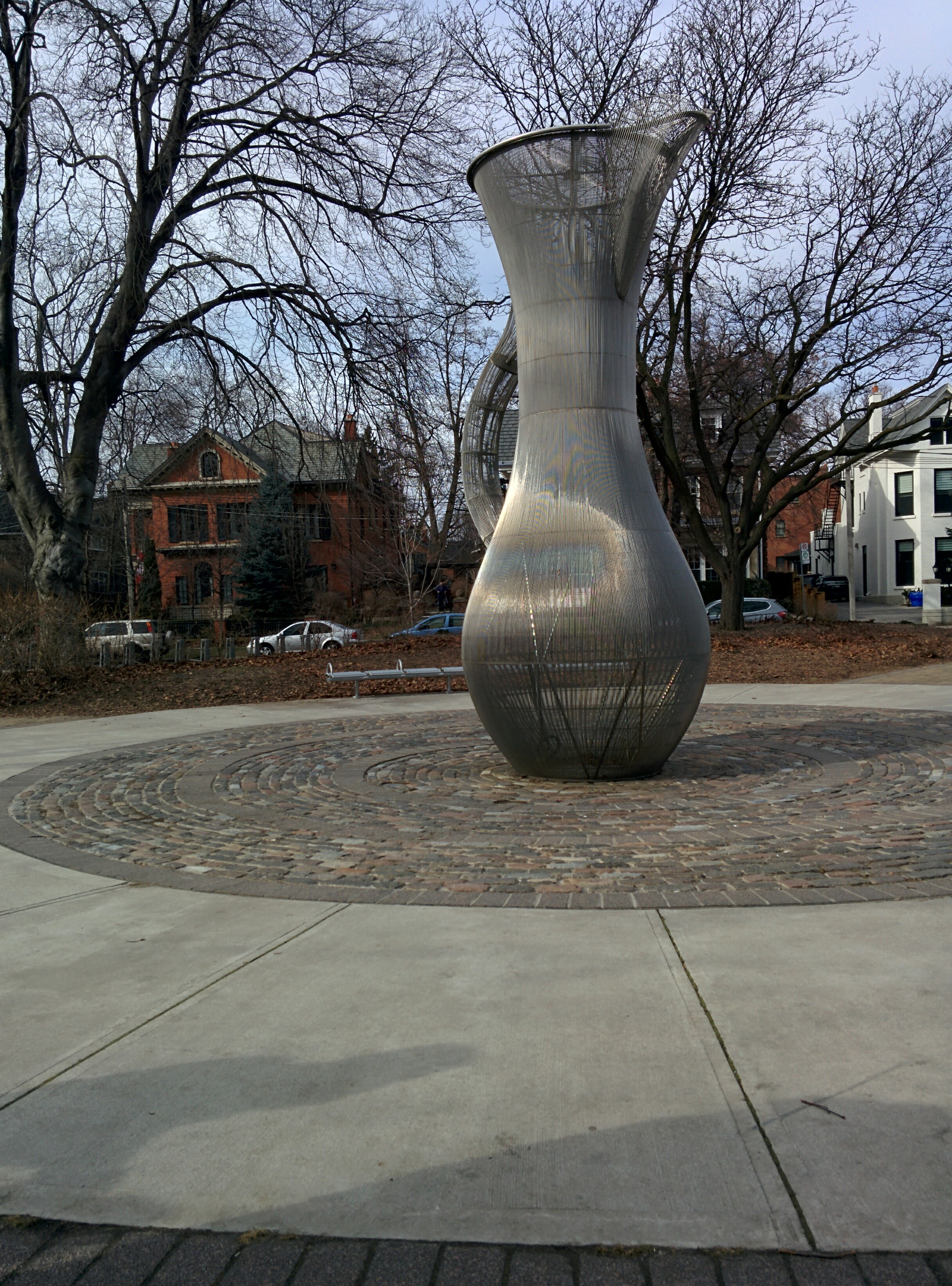