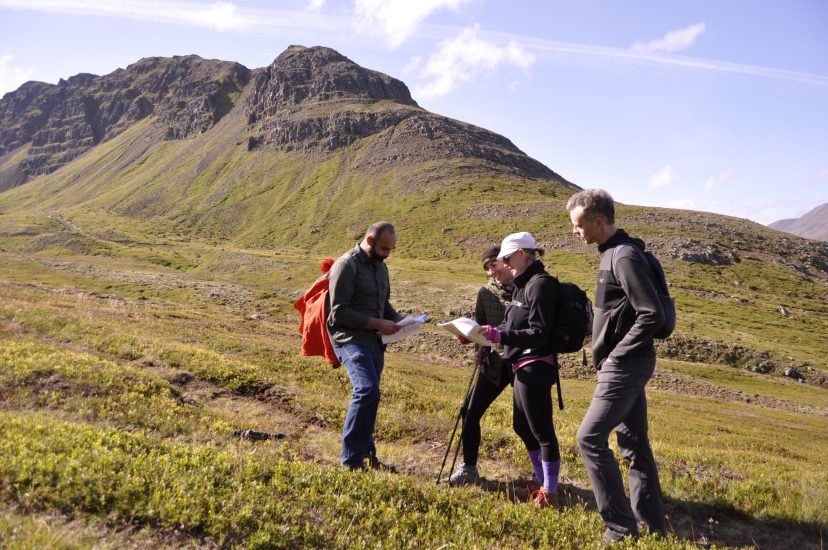 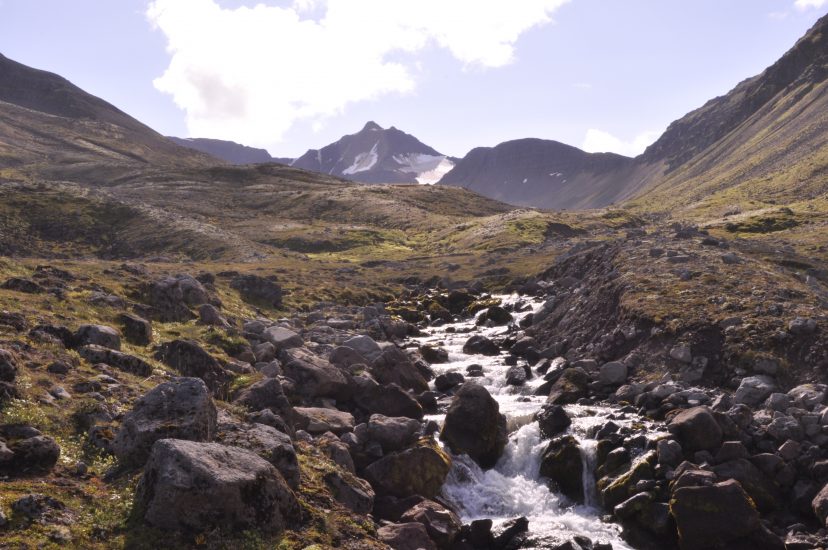 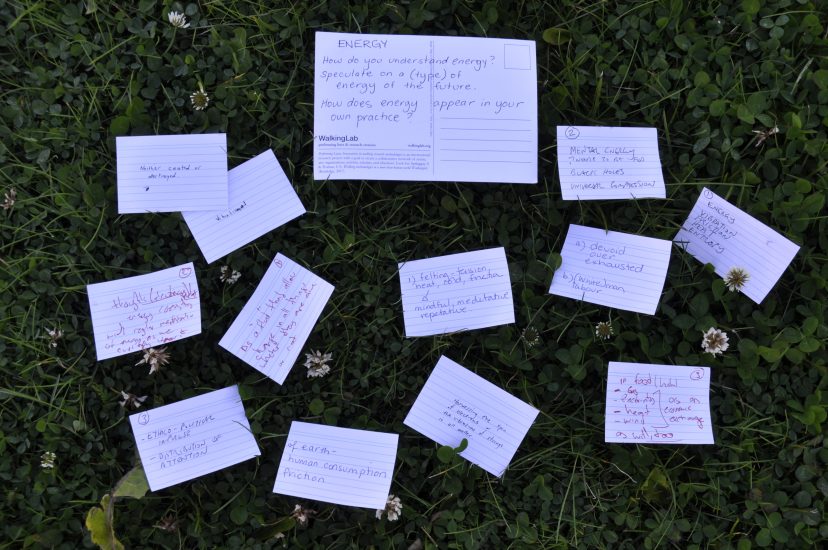 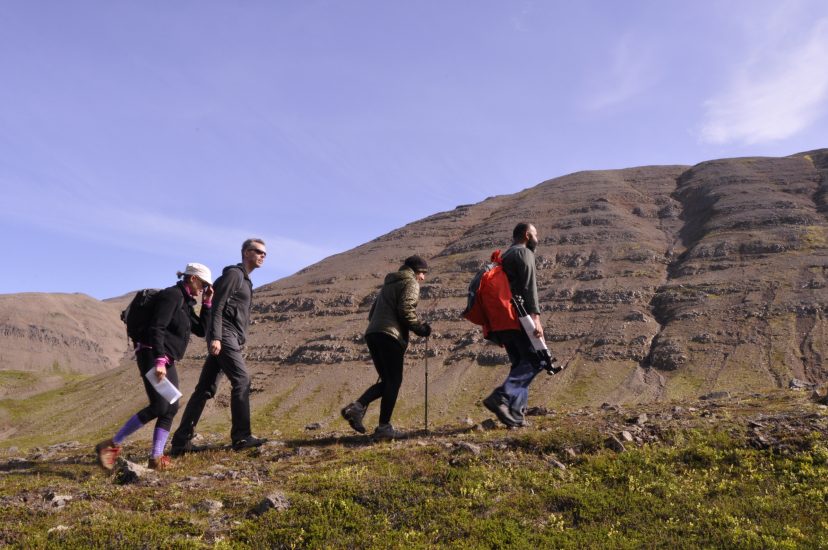 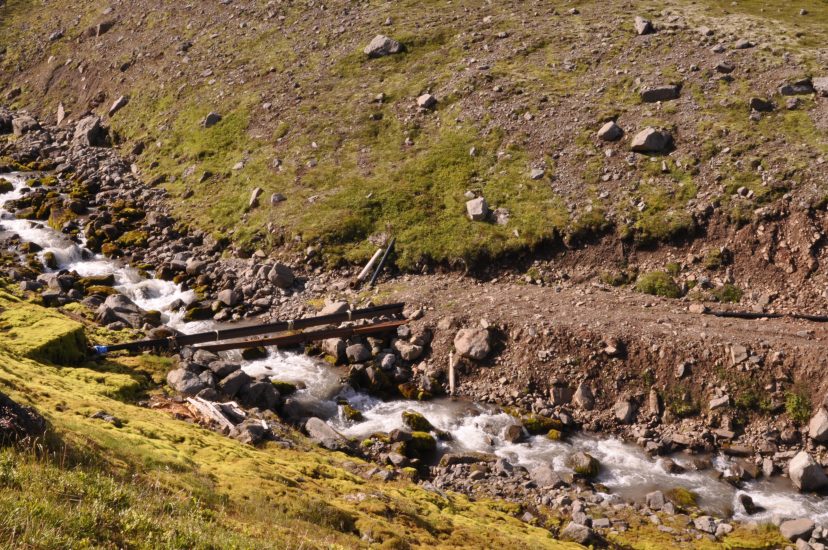 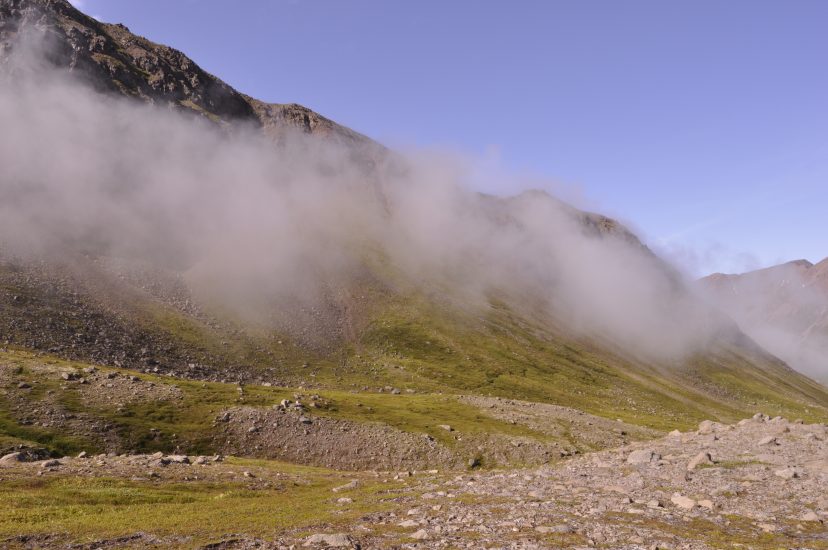 WalkingLab lead a walk into the valley beneath the mountain range Mulakolla, in North Iceland. Our walk focused on the concept of ENERGY. Group discussions and readings responded to growing
concerns about climate change and the unsustainability of the fuels we use to power our modern society. In addition to discussing how energy and environmental dilemmas are fundamentally problems of ethics, habits, imagination, values, institutions, belief, and power, the theme of energy included discussions about other forms of energy such as personal energy, healing energy, and collective practices of care.

We began the walk by posing to the group three propositions. Each walker responded by writing on small cards. These prompts were used to provoke a walking-discussion as we followed a mountain-fed stream. The three prompts were:

How do you understand energy?

Speculate on (a type) of energy for the future.

How does energy appear in your own practice?

As the group gathered high up in the valley an interesting cloud storm blew in over the fjord. At first the group thought that cloud and fog were rolling into the valley, but instead a swirl of cloud enveloped the valley swirling circularly just above our heads. The mountain peaks, valley floor, and even the view out to the ocean remained bathed in sunlight, while around us a thick, but wispy atmosphere swarmed. Captivated by this energy, the group descended, speculating on how energy is never destroyed, only changes form.

WalkingLab has a new publication out in cultural geographies. Here’s the abstract: This article outlines...

WalkingLab has a new publication in the International Journal of Qualitative Studies in Education entitled...

In 2020, @OISEUofT PhD student Jacqueline Scott (@BlackOutdoors1) will embark on the ‘Black Canada Hike’ to draw attention to Black history in the Canadian wilderness — and to those who are underrepresented in our outdoors recreation ... industry: https://t.co/v7WVUruZGc

@MsKass1 Thank you, Kass! You’re the best! Recommend the whole issue, edited by the lovely folks @Walking_Lab. They call the issue a “syllabus” of walking pedagogies. Think you’d like the piece on walking with children and walking ... in teacher education programs.

'Approaching Pedagogy Through & With Contemporary Art Practices' at the Center of Visual Art, Melbourne with @Walking_Lab's Stephanie Springgay next week: https://t.co/M0CISSvuvx