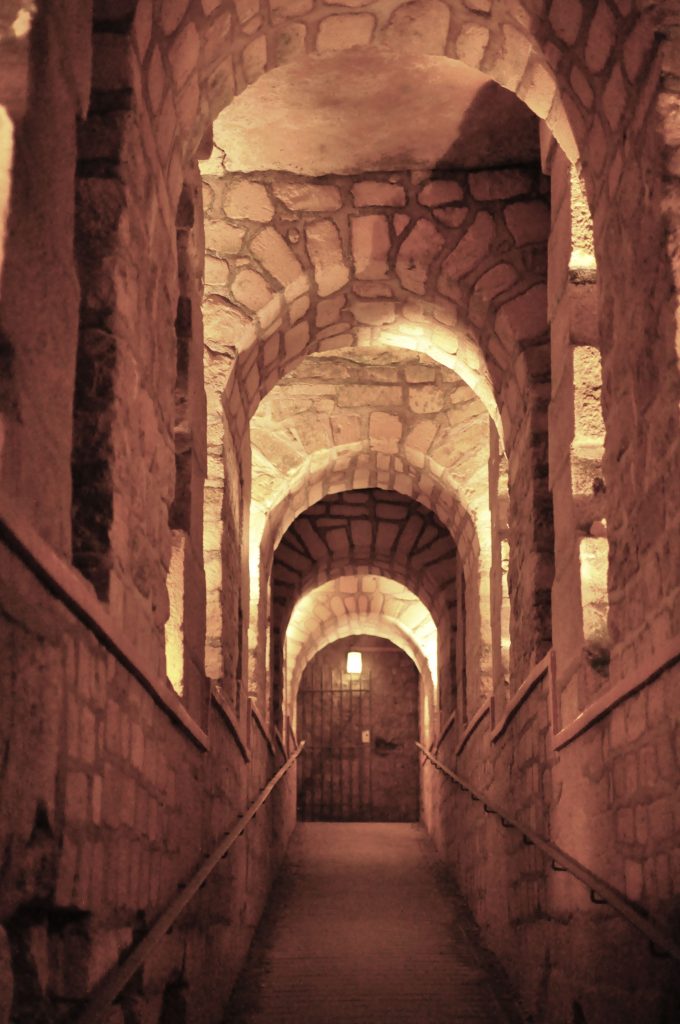 WalkingLab lead a series of Stone Walks in Paris examining the geosocial materiality of urban space in June, 2017.

On this walk we investigated the catacombs. The catacombs as we now know them were created in the 18th century in abandoned underground quarries that date back as early as the 12th century. These quarries, which extracted limestone, marl and gravel, beauchamp sand and other materials were dug out from beneath the city in order to build the Paris we all recognize above ground. Small plaques dot the walls of the tunnels, indicating street names and other directional signs from above ground. After centuries of extraction in the creation of Paris, the tunnels began to collapse and reinforcements were needed. In the 18th century the tunnels were reinforced and then filled with remains from the largest Parisian cemetery, ‘The Saints-Innocents.’ Subsequently, most major Parisian cemeteries and charnel houses moved their overflow of human bones to the catacombs.

The rock layers of the catacombs that we walked through (and are now ‘stratified’ with the remains of six million former Parisians) go back 45 million years and are carved out of limestone date from the Lutetian geological stage. The name Lutetian comes from the Latin name for Paris. The catacombs are what human geographer Kathryn Yusoff calls ‘earth archives’ – deep histories of naturecultures entanglement. Here Yusoff is using the term archive to note not only the layers of strata as you descend the 130 steps into the tunnels, but to emphasize the ways that human and geology are imbricated in one  another. “We are all archives” she states. The geosocial catacombs attest to the complicated histories of ‘stone’ that have constituted different becomings. 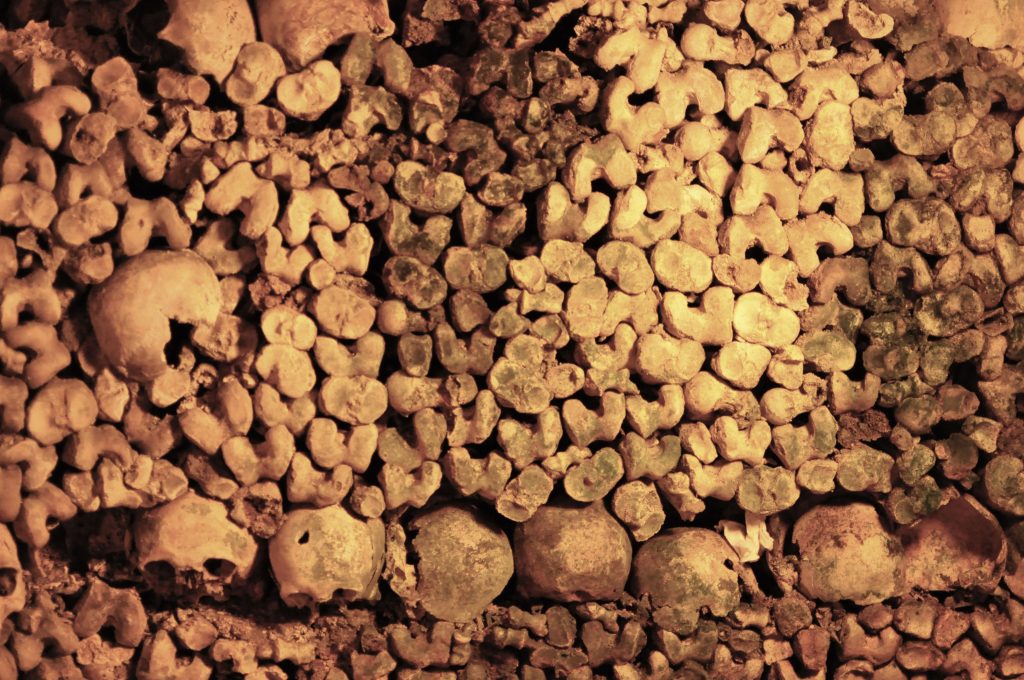